Although I believe that we are all still Too Young to Retire® I also know that there are many fears about the transitions from full time careers into new and uncertain phases of our lives. One of our 2Young2Retire® certified facilitators, Pamela Houghton, has published a new book, No Fear Retirement, written for anyone who is thinking about, or has already embarked upon, retirement.

No Fear Retirement addresses ten of the most common concerns of those who are thinking about retirement. Whether your fears are around finances, your relationships, where you will live, your identity, or something else, this book is a valuable resource. Taking time to reflect on the Pause for Thought questions along the twelve phases of retirement or associated with the ten most common fears, will make this read well worthwhile and may help you enjoy a more fun-filled and fulfilling life if or when you retire. For more information visit Pamela Houghton’s website: http://www.retirementsunlimited.co.uk/

Perhaps you want to explore a new place for weeks or months without paying for a hotel but you don’t like the idea of an exchange where you have strangers living in your house. Consider a position as a property caretaker or house-sitter, which allows you to stay in someone’s home for free in return for providing a small service, such as pet care, gardening, or property management. In addition to free housing, some caretaker positions offer a stipend, while others may even include a salary and benefits.

Caretaking could offer more exotic surroundings than typical tourist fare. A recent issue of the Caretaker Gazette advertised a salaried position for a retired couple to maintain a private lodge in the wilderness of southwest Alaska—some experience with small motors and cutting firewood is helpful. Another gig: three months in Sedona, Arizona, looking after three cats and a garden. Does a five-week housesit in Hawaii, on a property bordered by rain forests, sound appealing? You must be willing to care for a cat, six dogs and fish tanks, and water young plants.

The most comprehensive listing of property caretaker positions is published by a friend of 2Young2Retire, The Caretaker Gazette. Since 1983, the newsletter has been published in print every two months, and is also now online with email updates sent to subscribers. For more information, contact Gary Dunn via the website: www.caretaker.org. 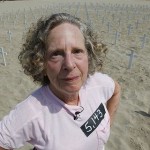 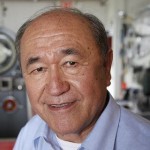 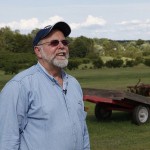 Five Purpose Prize winners have won $100,000 each.Â Five more won $50,000 each.Â Â And 49 were named Purpose Prize fellows.Â  What distinguishes the Purpose Prize from others is that it not only honors past achievements, but it provides the funds and recognition for winners and fellows to continue their groundbreaking work.

Retirement?Â  Not for these folks.Â  They are just getting started on Encore Careers that will make the world a better place.Â  ReadÂ about their big ideas.

“Do people tell you you`re over the hill? … What if you were? Â Over the hill, over a stream and over an ocean. Â To another continent. Â Thousands of miles from your own. Where elders are looked to as leaders …”

If youâ€™re over 50 and have ever been attracted to becoming a Peace Corps volunteer, this advertising message should alert you to the fact that the Peace Corps is recruiting older adults, for their maturity, life and business experience, and transferable skills.Â  Of the approximately 7,800 volunteers around the world, people 50 and older make up 5%, or fewer than 400.Â  Host nations are asking for volunteers who can offer real-world experience in technical fields, business development, agribusiness or teaching, rather than young adults right out of college, says Rosie Mauk, the Peace Corpsâ€™ associate director of volunteer recruitment and selection.Â  Applications among older Americans, many of whom have lost jobs in last yearâ€™s economic downturn, are on the rise.

2young2retire facilitator and Peace Corps volunteer, Patrice Koerper, who recently returned from an assignment in Macedonia, describes it as the â€œmost amazing, rewarding adventure of my life,â€ Â and the Peace Corps itself as the best organization she has ever been associated with.Â  A seasoned public relations professional with a â€œgreat job,â€ Patrice was looking for a change of direction.Â  She had three personal goals for her next endeavor: Â first, she wanted â€œto see the faces of the people I was helpingâ€; second, she wanted to get to know more people; and third, she wanted to live in Eastern Europe from where her family immigrated generations ago.Â  Service with the Peace Corps in Macedonia met all three.

In 2006, while exploring new possibilities for work and life, she took the training to become a certified 2young2retire facilitator.Â  She also found herself drawn to the Peace Corps and decided to apply.Â  After a six-month application process which she found both â€œlaborious and scary,â€ she felt the Peace Corps knew more about her than anyone.Â  If you’re an older volunteer, you should expect that because there is so much more to know.

Based on an assessment of your skills and experience, the Peace Corps decides what kind of work you will take on.Â Â  Once you have accepted an assignment â€“ you are offered up to three locations â€“ you receive language and other training to prepare you for life in your host country.Â  The mission of the Peace Corps is captured in these three goals:

The Three Goals, plus the commitment to a 27-month duration of service, tend to screen out all but the most serious applicants.Â  Peace Corps volunteer are supplied with a round trip ticket, housing allowance and a stipend to cover food, transportation and incidentals.Â  For Patrice this came to $220 a month, or roughly equivalent to 250 Euros, an average salary in Macedonia. Â The point is, volunteers must live like the locals.Â  She received full medical coverage during her service and affordable health insurance for up to 18 months following service.Â Â  Older volunteers who draw Social Security and/or other pension benefits, may accumulate significant savings while they are away from home.Â  All returning Peace Corps volunteers are awarded just over $6,000 toward a smooth transition to life back home, and Patrice notes, they are eligible for Response Corps, short-term, high-impact assignments that typically range from three months to a year, at the request of a country.

Eager to begin her new assignment, Patrice arrived in Macedonia and spent the first six months â€œdoing nothing.Â  Patience is the Number One way to survive,â€ she notes.Â  Macedonia, which became independent from Yugoslavia in 1991, is in the process of reinventing itself and its economy.Â  She was assigned to work with a government agency and eventually found herself doing workshops on change.Â  At first, people tended to view volunteers with suspicion, perhaps because there has been no formal tradition of volunteering.Â  She grew comfortable with the experience of “living minute to minute.” The last seven months of her service in Macedonia proved to be the most fruitful and rewarding.Â  Â â€œI realized I was in the business of building hope and trust,â€ Patrice says.Â  She kept the motto of Macedonian native, Mother Theresa, in mind: â€œDo small things with great love.â€

Here are links about the Peace Corps, including recent budgetary debate and how to go about applying:

Recruiting the 50+
Budget Debates, Future Prospects
From Job Loss to Peace Corps
About Peace Corps
Forum for Volunteers
How to Apply

The last time a movie made me so hungry was when four of us went to see Eat Drink Man Woman in New York City and arrived so late, we had to take seats in the first row.Â  Fortunately, this was on the Upper West where relief for a rumbling stomach was available on about every corner.Â  Julie and Julia is about food and people who love it and the people who love them, and if you don’t salivate when Julie produces bruchetta (which I didn’t realize was in Mastering the Art of French Cooking), check your pulse.Â  And then there’s the scene with the Sole Meuniere.

I took away two things from this wonderful film.Â  First, I remembered in embarrassing detail how inept I was in the kitchen as a new bride of 23, literally could not figure out which side of a chicken went up in the roasting pan, or how long one could keep leftover stuffed pepper (don’t even ask).Â  It didn’t help that my then mother-in-law was a graduate of an illustrious French cooking school.Â  But then, Salvation!Â  Julia Child and the PBS show, The French Chef.Â  It saved my life, if not my marriage.Â  I lived to cook again.

Specialty chef was on my short list of possible Encore careers as I wound down my 11-year freelance writing business at age 56.Â  It never occurred to me that I should slow down or quit work.Â  I wanted to make the world a better place through healthy food.Â  The was pre-Vocation Vacations, so I took myself into Annemarie Colbin‘s The Natural Gourmet in New York for a three-day course to see if I could cut it, and I do mean that literally.Â  The scene in which Julia masters knife skills on several pounds of onions comes to mind.Â  At the end of the course, I acquired two recipes at The Natural Gourmet that I make to this day: a wonderful pea soup (flavored with curry and brunoise — very small dice of carrots, onions and celery) and a no-butter, no-sugar ‘healthy’ cookie with an almond and whole wheat flour dough.Â  I know, it sounds disgusting.Â  But sadly, I couldn’t master knife skills well enough to be happy as a professional chef, although I’ve improved with practice.Â  Fortunately, I also loved yoga and movement … but that’s another story for another post, because…

Second, the film is also about blogging and how satisfying it can be, even if you don’t have a dynamite idea like the Julie/Julia Project and no aspirations to become a star blogger.Â  I’ve been more slacker than blogger here, but I’m changing my ways.Â  After all, where else can you write about whatever is on your mind? Â  (Yeah, OK, there’s Facebook.)Â  It’s a weblog.Â  Not Tolstoy.